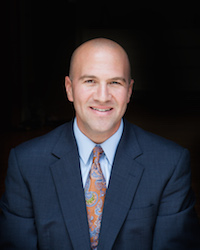 Lowry Legal represents individuals charged or being investigated for state and federal crimes, and in the appellate courts should your case not end as expected. Available 24 hours a day 7 days a week to meet with you and answer your questions, I am dedicated to getting my client the best possible result. I have extensive jury trial experience and am well versed in appeals.

I focus my practice on state and federal criminal defense and appeals. As a solo practitioner I am able to give personal attention to each client and matter, often taking calls from clients and their family at night and on weekends. I understand questions do not just arise during business hours, so I pride myself in making sure my clients and their loved ones can speak with me whenever they need. There is a common belief that attorneys do not call their clients back, so a big part of my practice is dedicated to making sure everyone feels heard, is informed throughout their matter, and is included in deciding the direction of their case. I use a cloud-based software management system that allows every client and their loved ones online access 24/7 to their case, including being able to view, download and/or print every document I receive as part of the government’s discovery, and every document I file on behalf of my client. As well, if my client is in custody, I will consistently visit him or her and make sure they feel informed throughout their matter.

Whether you are facing a misdemeanor or capital felony, I understand this is life-altering, and therefore give every case my full attention and devotion to achieve the absolute best outcome possible. My first goal in every matter is to seek dismissal of the charges. If this is simply not possible, then I work hard to show the government through depositions and other investigatory steps there is reasonable doubt to their case, and either negotiate the best plea offer possible, or take the matter to trial. With over 70 criminal jury trials in my career I am very experienced at arguing reasonable doubt and therefore getting juries to acquit my clients.

In my off-time I enjoy spending time with my daughter, scuba diving, playing ice hockey, running, swimming, biking, and soaking in our beautiful beaches.

National Academy of Criminal Defense Attorneys, Top 10 Under 40
Member Since: 2015

Client was arrested on Attempted Felony Murder and Robbery charges. I was able to show the State there was no intent in my client’s actions, thereby showing they could not prove this matter at trial. The State dismissed all charges within 45 days of arrest.

Client was facing felony DUI after being arrested for his 5th DUI and facing a lifetime license revocation. I was able to first get it filed as a misdemeanor, and later able to get the State to reduce the charge to a Reckless Driving with no jail time, thereby saving his license.

Client facing 4th DUI as a felony with a lifetime license revocation. I was able to show there was not enough evidence to convict on DUI and get it reduced to reckless driving with no jail time, saving his license.

Client was facing Domestic Violence – Battery charges where the alleged battery was video-recorded just outside the home. I was able to show that my client was not the initial aggressor, thereby showing we would win at trial under self-defense. The State then dropped all charges.

Client was charged with Possession of Cocaine after being arrested at the Seminole Hard Rock Casino. I was able to show that the officer did not have probable cause to search his backpack, forcing the State to dismiss the charge.

Client owned a business and was accused of accepting payments and not fulfilling the jobs. She was charged with Grand Theft, which requires the State to prove my client had the intent to steal the money of her customers when she accepted the money. I was able to show her completed jobs during the same time period, thereby showing she did not have the intent to steal the funds, but was merely behind on starting the jobs. The State dismissed all charges prior to her first court appearance.

Contact Us for a Free Consultation Available 24/7
Practice Areas
Client Reviews
★★★★★
He took on other legal matters in the midst of it all. No problem. He is FANTASTIC! VERY professional and highly compassionate. He CARES! He is also very respected in his field. We heard nothing but raves about him. Worth every penny we invested in him. If we had to we would do it all over again, definitely using Mark. In our opinion, he is just “The Best of the Best”! Wendy
★★★★★
Attorney Mark Lowry is an exceptional criminal defense lawyer. This is the 2nd time I have Hired Mr. Lowry and he has come through again with his expert knowledge of law and his presentation of facts and legal issues in front of the judge and prosecutors. He is very organized and professional in appearance and workplace. We are very pleased with the way he handled our case from start to finish. Mike
★★★★★
I hired Mark because I was pulled over without a license, no insurance and and expired registration. I did not have any of these due to a past DUI, funds and procrastinating. I was especially nervous about this situation because the arresting officer stated in the police report that I tried to evade them. Joe
View More
Submit a Law Firm Client Review